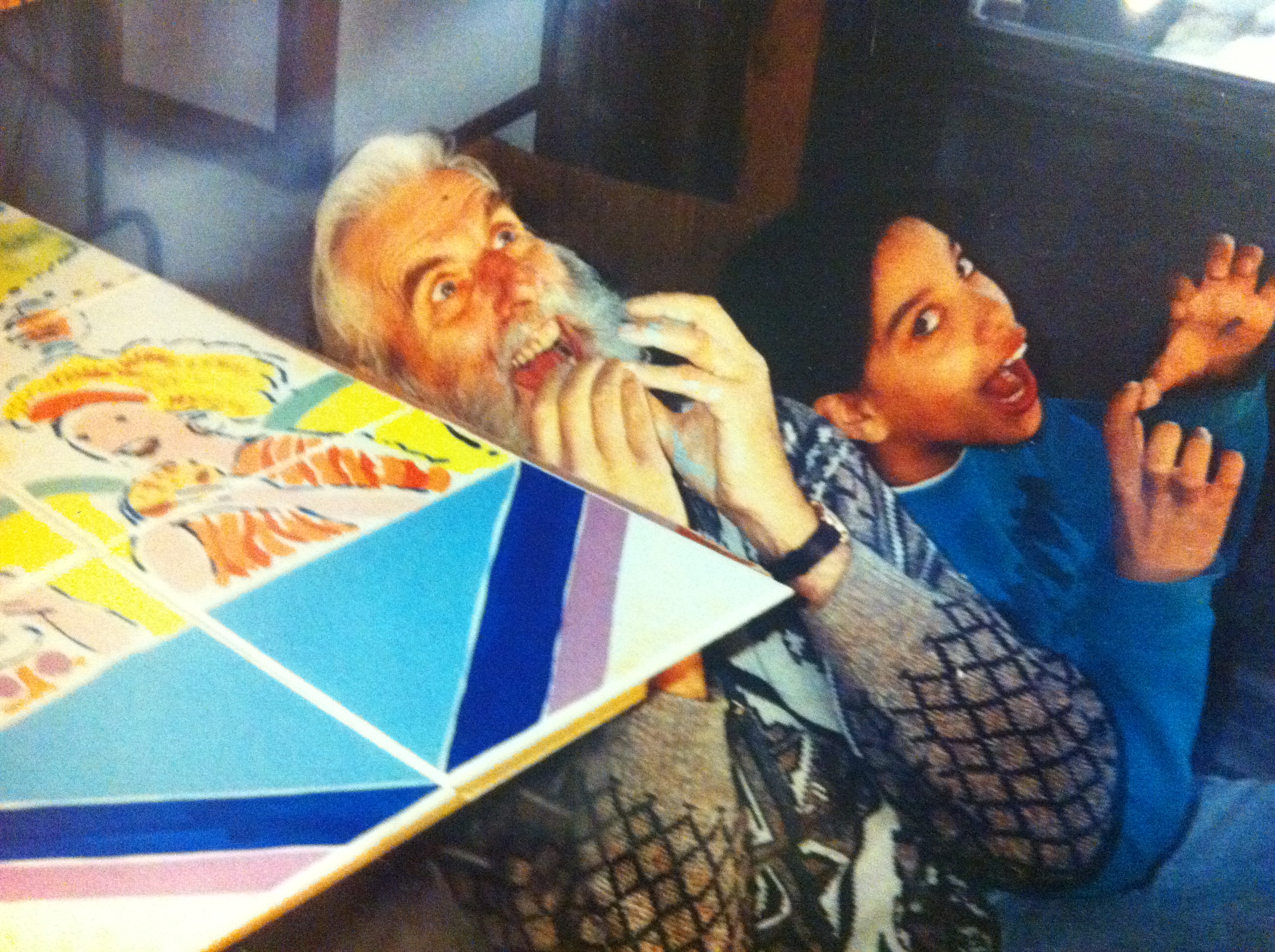 Last week my grandfather John Richmond passed away. I’d never had anyone I loved die, not even anyone I’d been even slightly close to.  It was a strange experience but I am glad I was there with him at the end.

Life is something strange.  How incredible it is that one person can fit so much into one life, touch so many people, and leave traces that ripple endlessly –  even when the initial wave has subsided.

My granddad, or as I called him Poppa, was an artist, a larger than life character with wildly blue eyes, enthusiasm, imagination, passion (sometimes too big for one family let alone one man), gentle hands, a beard so long it collected stories, so white that now and then his dinner used it as a canvas. I had never seen the skin under his beard until the day he died.   It was as if the secret of his vulnerability was only then revealed to me.

He hid his sins and the inner workings of his mind inside his art. Towering over most humans at 6 feet 4 and a half inches, he often seemed disconnected from the ground and people of earth. With his head floating high above most, his presence was daunting, and to some intimidating.

His mind was a labyrinth that only he could understand.  I’d follow him on these journeys through a maze of stories, watch him cross back and forth over his path, jump decades and universes, seemingly lost and caught in a trance, shouting, growling, enacting scenes of the past, future, truth or fable; it didn’t matter.  Sometimes you could see the scenes he saw as he relived his truths. And when you thought he’d never find his way back, you’d realize he’d left a thread to guide him back.

His mind was brilliant and terrifying because I never really quite understood it.  And I don’t think he really understood ours.  But for him life was not about understanding and connecting – it was about bringing the imagined into fruition – and that he did in a myriad of mediums.

He lifted boulders to build a bridge under the water so fish could walk with humans and we could walk on water; he planted thousands of trees to paint shadows on a vulnerable landscape so thoughts and children like me could hide and find themselves.  He put faces in walls so that at night I had friends with lives who’d whisper their stories. He made a house out of old barns, churches, and sleeping trees, all with secret pasts that nurtured the unknown. And when life became too serious, he set a mermaid on the water to become, like himself, a living myth.

There was always mystery with my Poppa.

His nose was commanding, his prose was enchanting; his script was flamboyant and personified with a personality of its own, each word embodying a character. His art was grand, bigger than man.  He would have painted the world if he could have  – and he tried, leaving indelible, colourful traces of himself inside and outside  the minds of many, many people, on walls, and fabrics, on cedar trees, rocks, and swimming pools and swing sets.

He wanted to be a legend, a myth, remembered.  And in my world, he will be.

I owe a lot of who I am to my Poppa.  He gifted me with canvases that had no borders, clay that could be molded into life, and books for me to fill with endless stories. He created the landscape I grew up in, and now write songs about.  And I know he was proud.of me.

So, Poppa,, if you’re still around somewhere, come visit me in my imagination anytime. 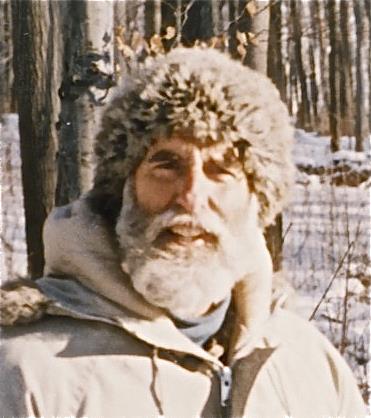 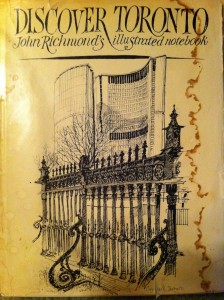 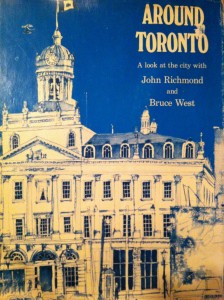 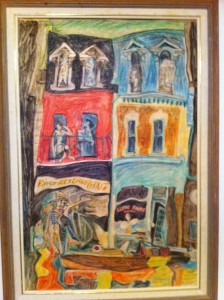 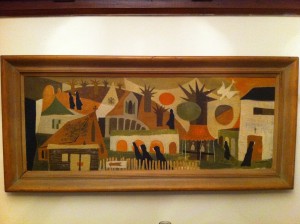 7 comments on "Beards for Canvases"