Hi, lovely people, who happened upon this blog.  Perhaps you are coming for more information from my Pledge Music Campaign, perhaps this is your first stop.  If it is, I urge you to head over there and watch the little film. 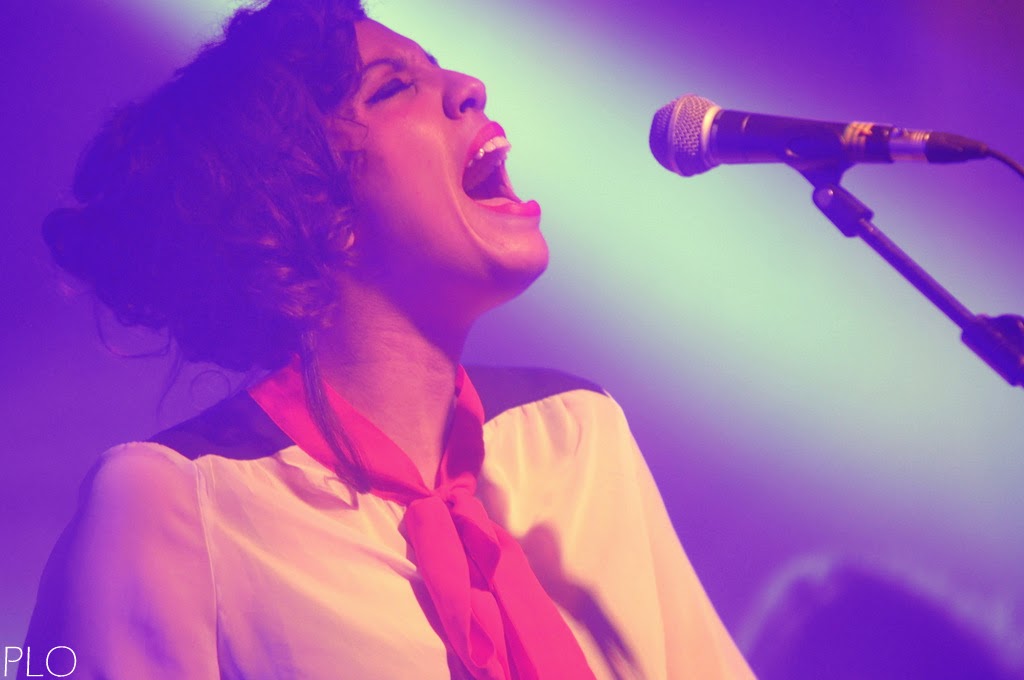 This has been one of the most momentous years of my life, personally and career wise. I opened for the “Searching for Sugarman” Rodriguez 2014 UK tour in venues I’d been dreaming of – The Apollo in London, Birmingham Symphony Hall. I played festivals with Gregory Porter, Ghostpoet, Snarky Puppy, have been torn between 2 continents and 2 incredible bands, lost my father, lost my grandfather, gained 2 sisters, sang twice on BBC, nominated for a SiriusXM Indie award (you can vote here), played sold out shows at the London Jazz Festival and at the preeminent jazz club Sunside Sunset in Paris, and was featured on Taratata (watch here), the most renowned music TV show in France. 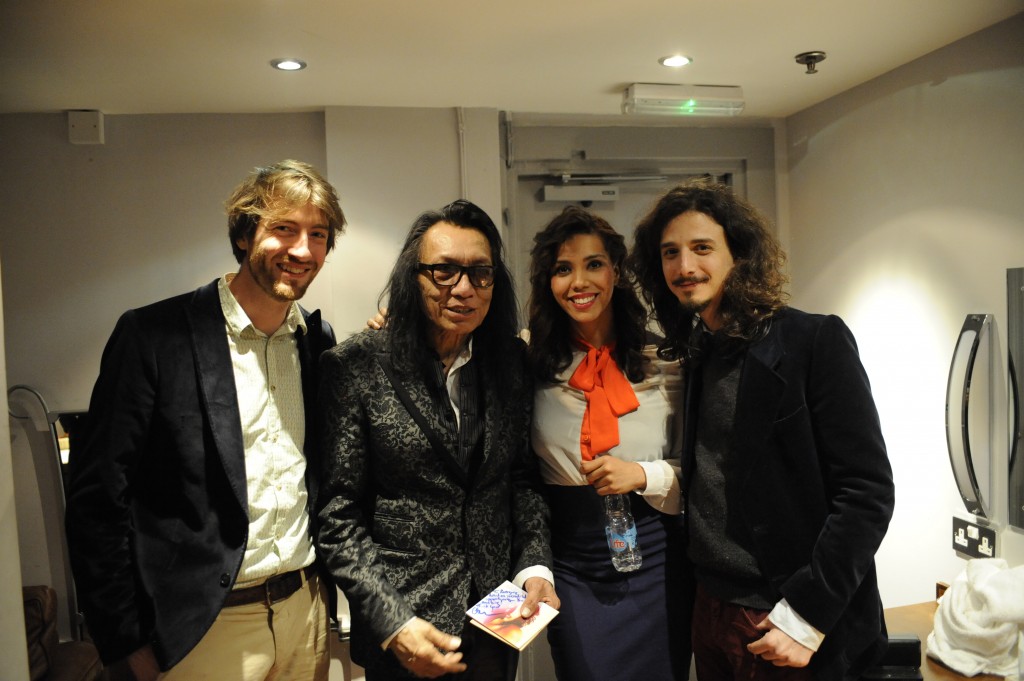 Davide, Robert and myself with Rodriguez after our last concert together at the Apollo in London. 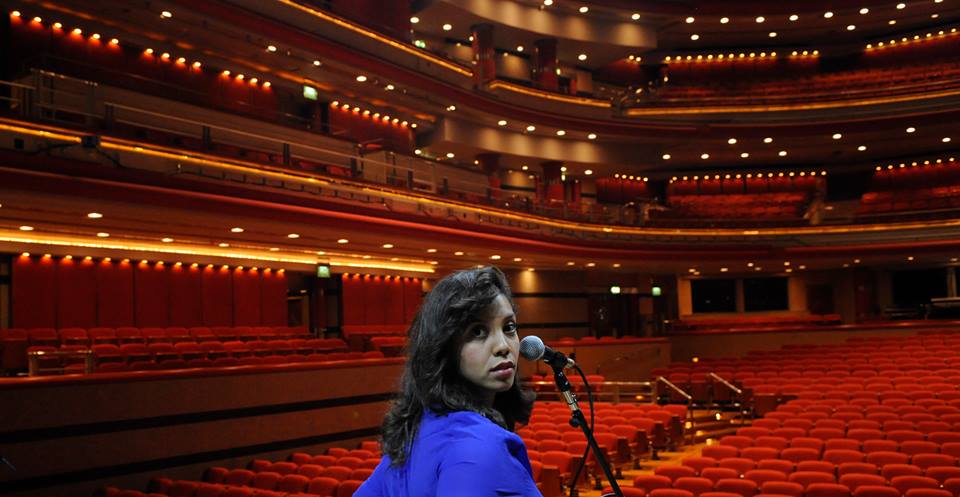 Now, what am I proposing?

I am going to record my second album and build on this momentum gathered and take my career to the next level.

So…through delicate poetry, powerful vocals, and intricate arrangements, I want to share with you all of these wild experiences, challenges, thoughts and emotions in the form of a shiny new album.

To catch the energy and emotion, the atmosphere and the charm of a live show – with the impeccable clarity, precision and elaboration made possible only through studio recording.

This album will be international, highlighting the unique flavours of both my European and North American bands and the ambiance that they each bring to bear on my music. It will be enhanced by the collaboration and the combined ideas of all the musicians involved – from Canada, USA, Italy and Germany – and the resultant innovative development of songs through intensive rehearsals.

And although I’ve considered a few sure fire ways to raise the funds to record this album – robbing a bank, online gambling, selling my soul, etc., I decided to try my hand with Pledge Music.

So let’s cut to the chase; albums cost a ton of money. … if if if you actually want to work with the great people, in a great studio and pay people what they deserve. I do.

In short what will your contribution go to? 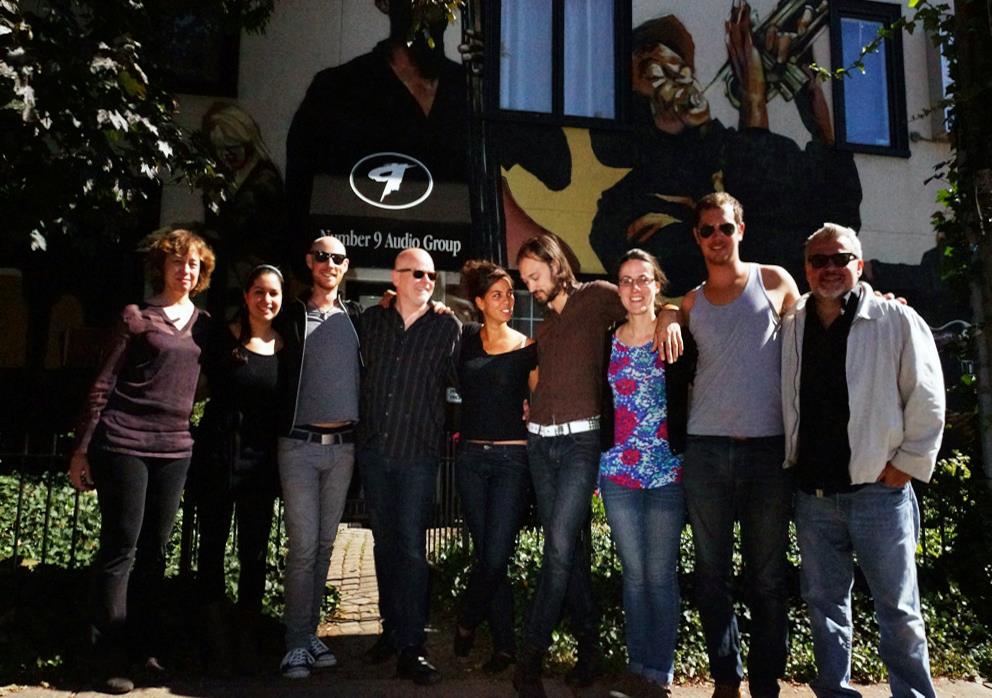 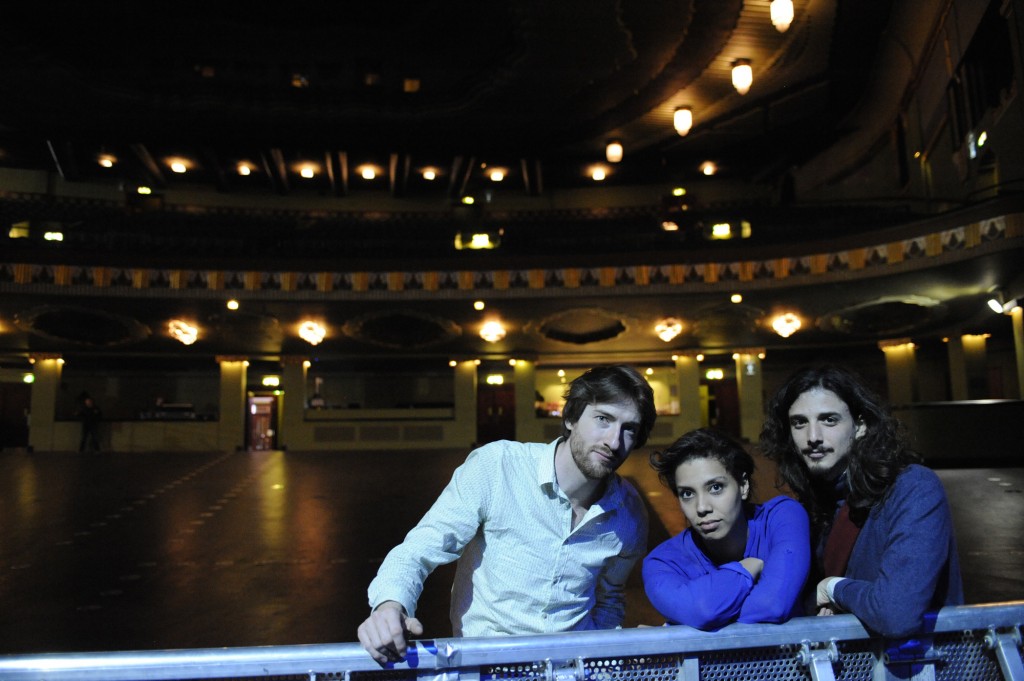 My European band at The Apollo in London before the show.

I am a fan of this crowd funding approach because I’ve learned that people like to help each other and to be part of something they believe in. Some people think it lowers your image as an artist but let’s be honest … Yes, talent is important, and determination and all that jazz, but no question, I wouldn’t be where I am if it wasn’t for my champions; those people who believed in me and my music from the first time they heard my songs and selflessly wanted to help me to succeed.  Those people will always have real-estate in my heart.

…those people who gave me advice, or picked me up at the airport, or drove my guitar across the country, or listened to me vent, or bought me dinner, made me dinner, housed me on tour, fed me lollypops when I had food poisoning, lent me money, gave me money, gave me awards, gave me guitars, or great reviews,

…threw house concerts for me, made me part of their family, became surrogate dads, resized graphics, responded to my facebook help ads, gave me massages when my shoulders were so sore from lugging my life and guitar on my back, gave me their houses and keys with full trust, or gave me a chance and threw me on stage in front of thousands of people…

…and many many more….oh you know who you are!

So I decided, don’t try to fit big ideas into small boxes, aim to be your greatest,  love what you do and work with the best (even if they’re across the Atlantic) to bring out the best in everyone involved.

Then cross your fingers, wiggle your nose, believe your guardian angels will hop on board and figure out how to pay for it later!

All my love,
Tschuss, Ciao!
Chloe

P.S. If you haven’t already, and want to go deeper into the costs of being a musician, please read this essay I wrote recently (that happened to reach over 15,000 people). The Musicians Facade