Nothing is perfect and everything is perfect. Composition entails accepting imperfection, having the confidence to be vulnerable and opening oneself to judgment. Life’s imperfections are what make up life and flaws are what lead to progress and adaptation. When you strive for perfection you risk stagnation because mistakes and flaws need to be actualized in order to learn from, grow, develop, motivate, evolve, challenge and inspire new ideas.   My life goal has been to let go of shame and accept my humanity, live vulnerably and never dismiss an idea.  This is my compositional process. 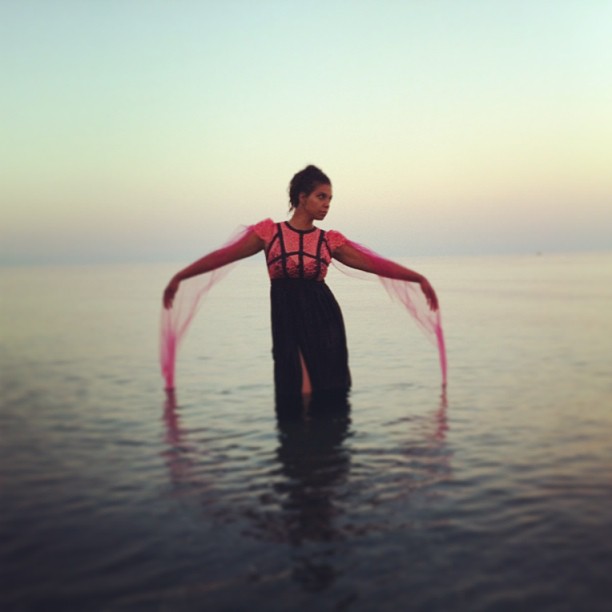 I have dedicated this summer to songwriting.  I set out with a goal to write 30 new songs but it looks like I will end up with a ton more.  I’ve been writing by myself, with artists and producers and songwriters — soul, pop, folk, electro, whatever.  Not all of them are incredible but each and every one of them brings out something new in me.  Each and every person I write with inspires me and shows me the world through a new pair of glasses.

I wanted to grow this summer.  I wanted a challenge.

Not that this life of touring like a mad woman isn’t challenging.  But I wanted to try something new.

How about sitting in one place for a legitimate amount of time?

So here I am in Toronto living on Queen West with some of my favourite people.

Nate Daniels happens to be one of them, from the about-to-be-huge Toronto band Cai.ro. 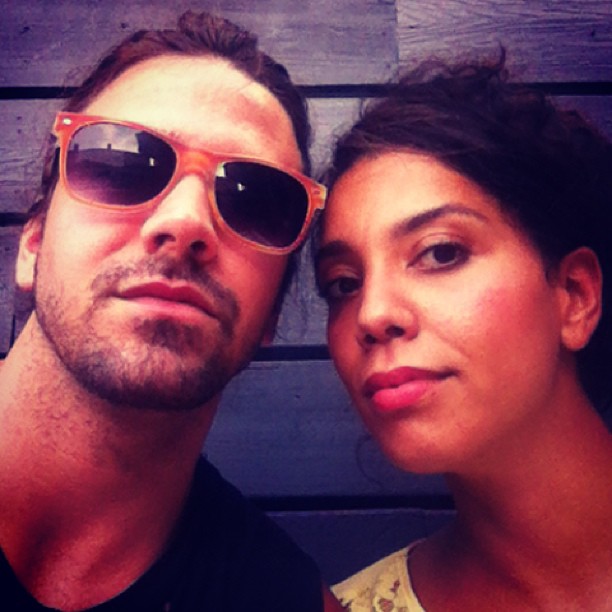 Outside of writing like a mad woman, of course I  had to perform just a little. 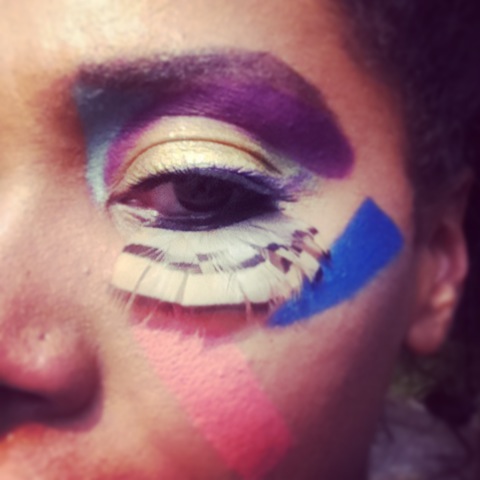 Oh, and of course I had to drop and shoot a couple of new music videos. 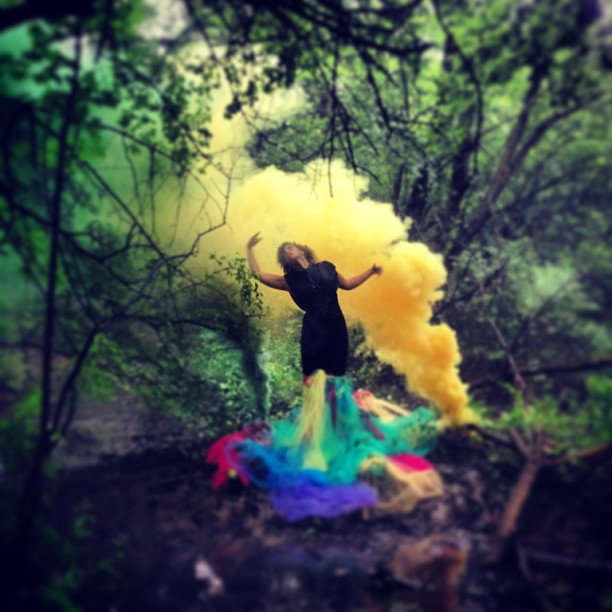 So that is my life in a nutshell for summer 2013 in Toronto.

Hope you are loving your summer!

2013 has already shown me its colours. And boy, are they ever bright, blinding and bipolar. In only four months fate has painted my path using all corners of the palette.

What is the overtone of this painting?

It’s a mixture of everything: possibly looking something like a Jackson Pollock … and then, every once in a while, life splatters a few black blotches onto the canvas. Some people would think it’s ugly and sometimes it hurts but in the end all those spots, black or bright, create the full picture. It’s a story unfolding, one that at first perhaps even you can’t read.

So here I am, riding the rollercoaster of 2013.

How did it begin?

The passing of both my Grandfather (Jan 17) and my Father (Mar 10) cast a bitter black splat over my winter, already dreary (as Toronto winters are apt to be). 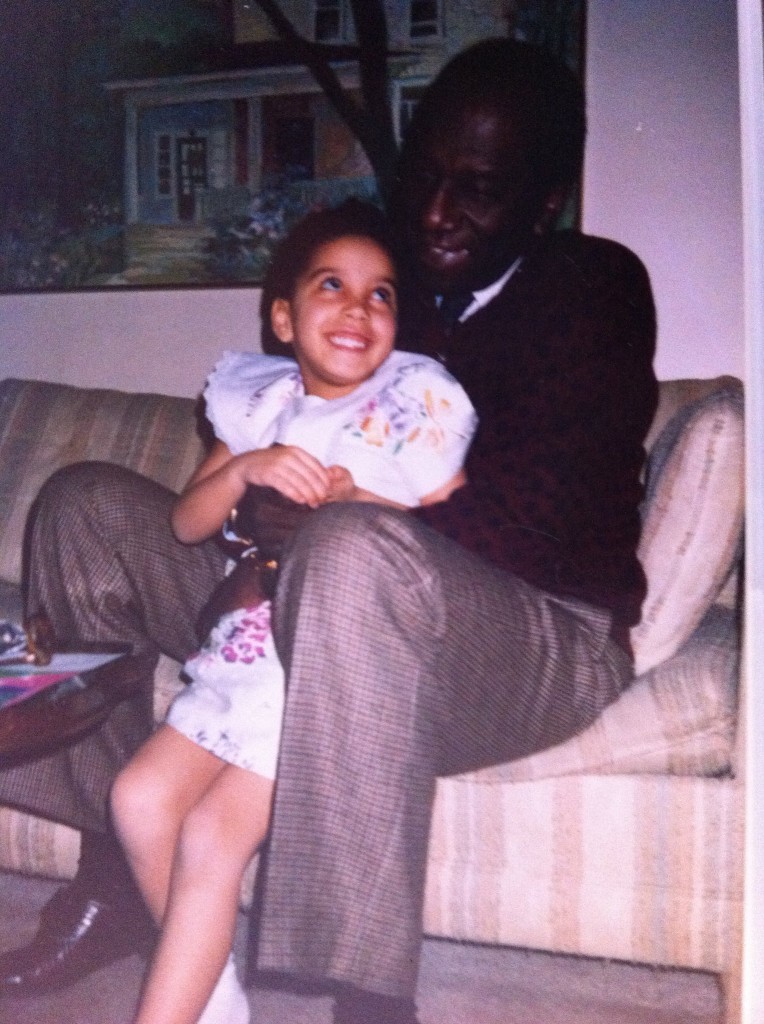 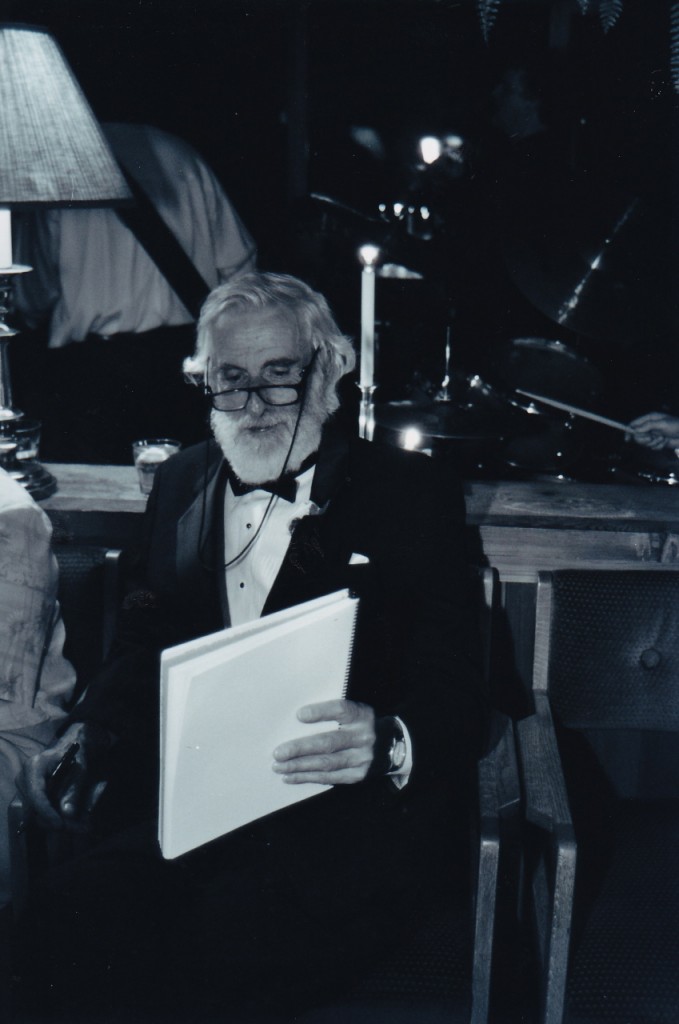 It’s strange. My family has always been very female dominated. With girls being the ones fighting harder to be born, I didn’t have the strongest male experience. And now, within 2 months of each other, they both disappeared.

It’s strange and I still can’t wrap my head around it (that thing we call Death), but I think about them every day. Who knows if that will ever stop?

Fortunately, to balance out this heavy start, I’ve also had an abundance of delightful things fall into my lap to remind me that life goes on, Spring does in fact arrive, and all will heal — with time.

On Feb 13, I celebrated my album release for “Break the Balance” at the Revival Bar in Toronto. It was a proud moment for me. We packed the house, with thanks to all of you — as well as a little extra special promotion generated by my. Feb 8th interview with Jian Ghomeshi on Q (listen here). A memorable morning, for sure, because it was also the day a meter of snow shut Toronto down but couldn’t stop us from reaching CBC at 7 am. (Yes,that’s A.M.). What a feat and a privilege! 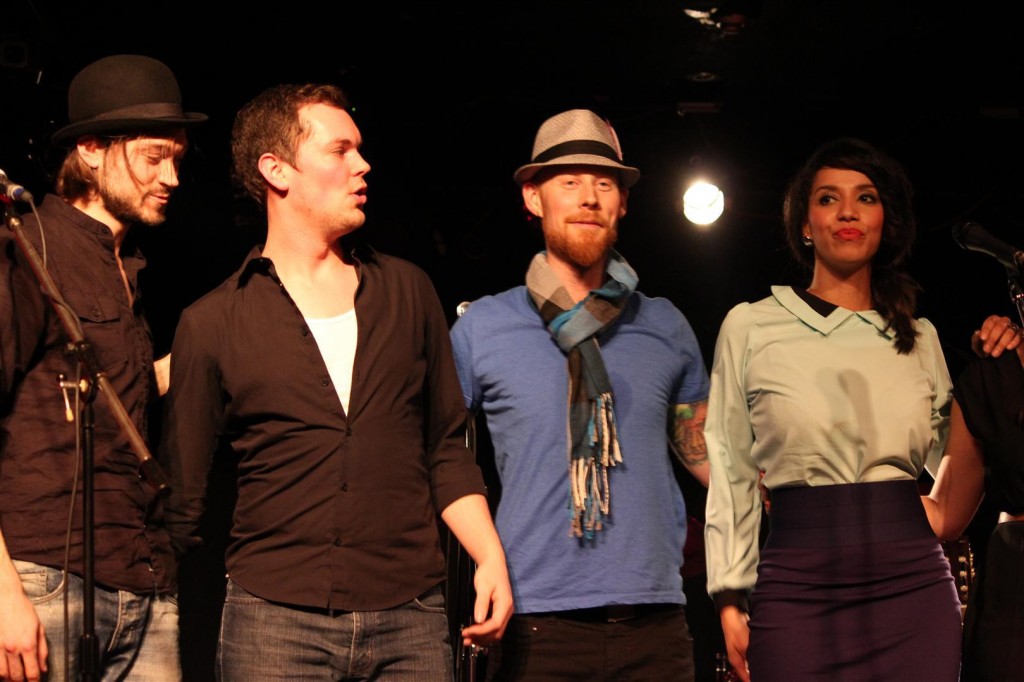 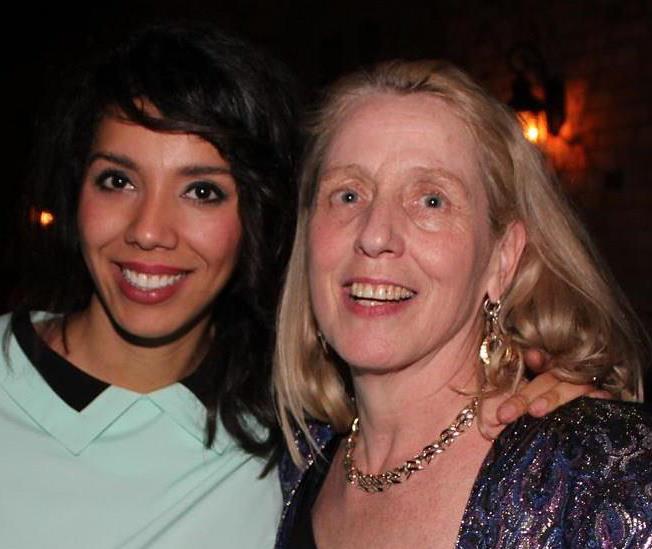 I know my Poppa (Grandad) would have been proud.

And then came the press: a very complimentary article with live montage by the Globe & Mail, album reviews from all sorts of media, including The Star and Now Magazine, an exclusive interview & performance on CBC TV (see here), and shout outs by one of Canada’s most recognized Much Music VJs, Michael Williams on CTV.

I feel lucky and all warm and fuzzy all over. Thanks, Canada!

Also released my new video for “Find Her Way”. The filming of this flick was by far one of the best days of my life — or at least one of the most ridiculously hilarious!

We somehow managed to shoot this video in only 2 days, with about 100 costume changes, inside, outside, & wherever, and at 7 different locations! I don’t know how we even slightly coordinated our outfits in such a hurry. Wonder why Mariel is wearing rainbow gloves? Why Im wearing leopard print with a bow tie and sequins? Well, that’s why. We had begun to lose it, in the best of ways.

I owe so many thanks for this video. I have such an amazing group of friends and cousins out there (side note: Friends include the lovely canine (Raiden) and feline (Max) who made cameo appearances). To check out those involved, see below. And please do our hard work and public nudity some justice and share the heck out of it.

…and then came Folk Alliance (an international music conference) where I got to spend time with some of my favourite Americans! AKA @DouglasJayboyd and @BenBalmer. If you need a laugh, I highly suggest you watch ‘Ben Balmer’s rendition of”Soon on a Snowflake””. He may have stolen the limelight on that one!

Bracketed between 2 conferences, I had the honour of singing at a Carole King tribute show put on by Juno Award winning graphic music designers, Michael Wrycraft, who is always magically creating awesome album covers (Ron Sexsmith, Bruce Cockburn, Murray Mclauchlan). His tribute shows have become a staple in the Toronto Music scene where Michael always packs the house, bringing together some heavy artists. 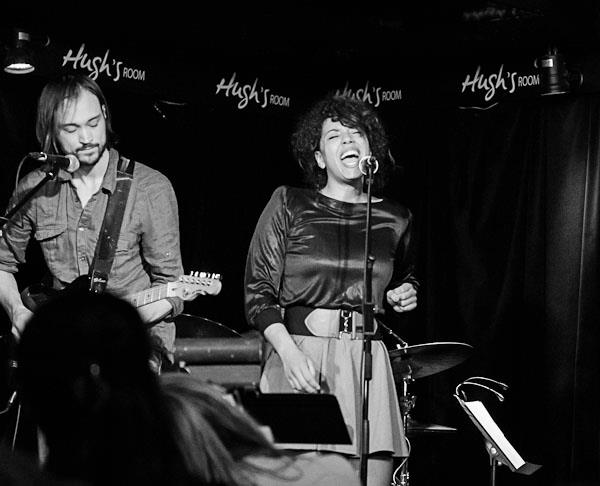 So, which songs did we choose to take apart and put back together with a Chloe finesse? “Natural Woman” (which some people thought was far too dangerous) and “So Far Away”. My father had just passed away that week so I dedicated the songs to him, and I think he would have loved to see me shine for him that night at Hugh’s Room..

Less than one month later our dear friend CMW (Canadian Music Week) put on its party hat. With one show at Tattoo Rock Parlour (No, I have not turned rock) and one killer show at the infamous El Mocambo (where I got to play before Boy), countless afternoon parties, evening parties, fabulous concerts (AKA Cai.ro), and free nasty energy drinks (don’t think they went unappreciated but let’s be honest, they are NASTY), and my surrogate sister’s always-welcome company (Aly Tadros), I came out of that week an empty sack of delirious. 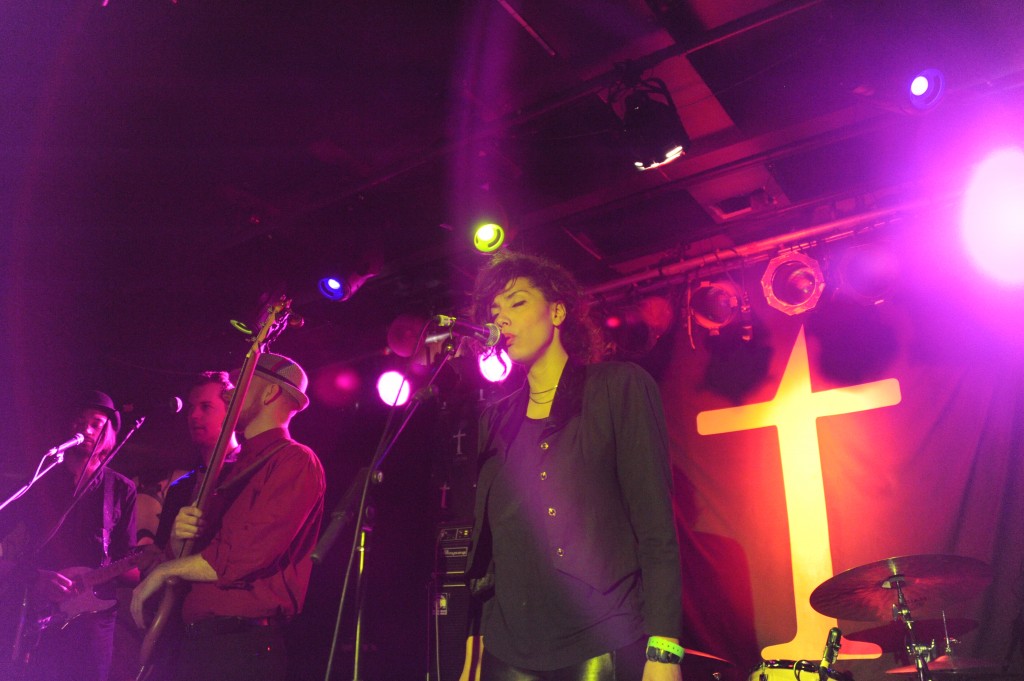 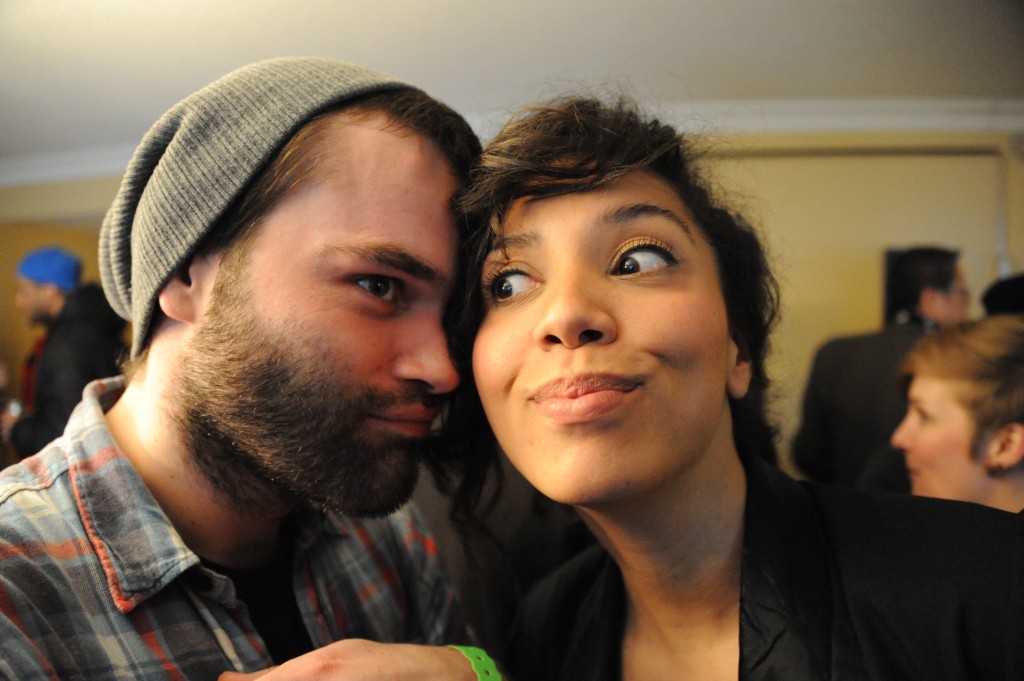 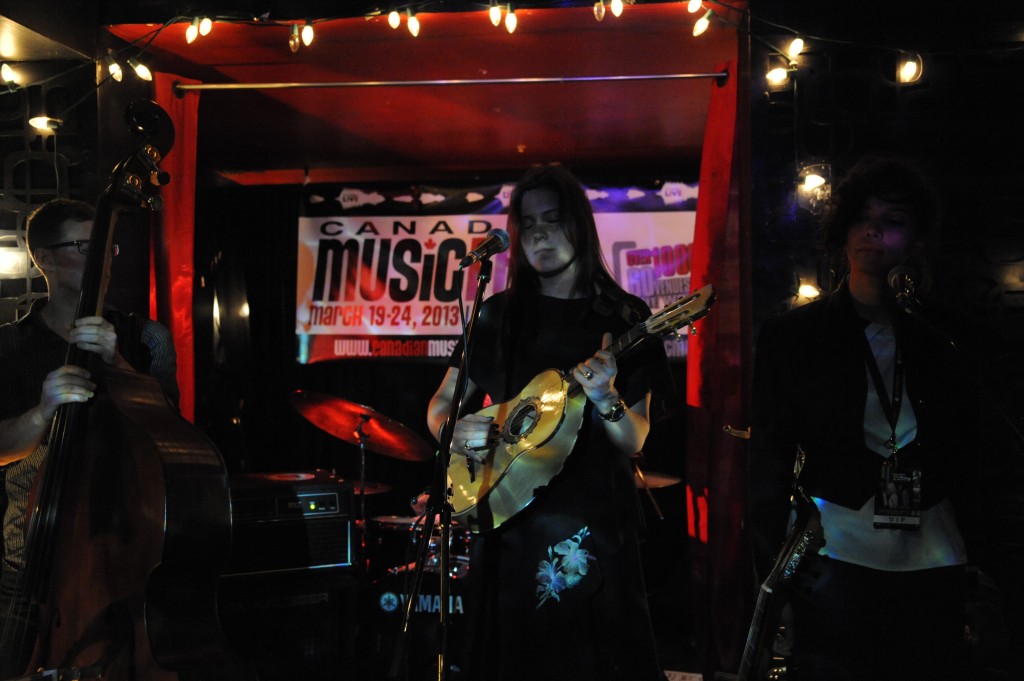 To my surprise, a music writer from EXCLAIM attended my show and wrote a rave review! Not too shabby eh?

“so dramatic that you could feel a cold wind blowing through the song’s clenched bass tones, brooding cello swells and scurrying guitar touches.”…”There was little question as to why such a diverse cross-section of music fans and seasoned players alike have been caught by Charles’ impressive creative light.” (see full)

But soon after this whirlwind I had to fly away yet again. The day I was leaving Toronto to begin my German/ Swiss tour, feeling a little sad to say goodbye again, my cousin called with some amazing news: Billboard Magazine had listed me, yes me, your little Chloe, as one of “5 Canadian Acts to Watch”. 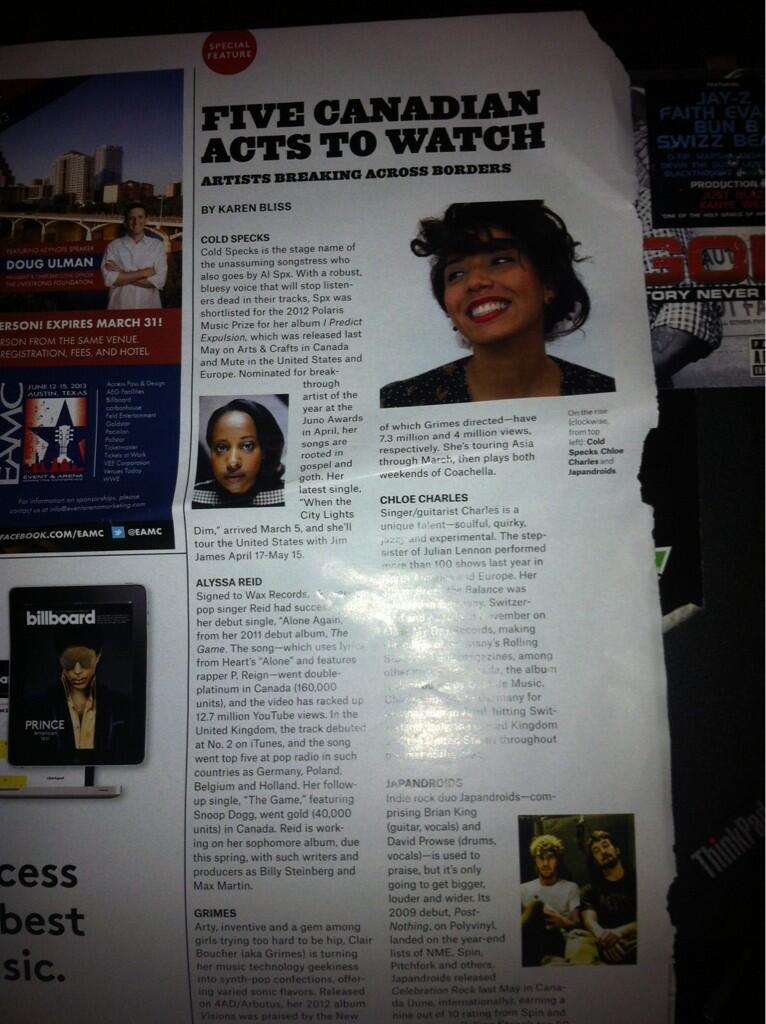 Yes, I screamed a little. (I am now adding up the happy scream moments and will share with you one day.) What a nice way to hop on a plane.

So, now you understand how 2013 (so far) feels something like a Pollock painting, and how, with both a heavy and a light heart, both tears and a big smile, I begin my tour and a new chapter in my life.

P.S.  Check out my tour link if you are in Germany or Switzerland because I may just be coming to you in the next weeks!

P.P.S. Who contributed to ‘Find Her Way’?

And for sure I’m missing someone…